Discover the future stars of Freeski

Since many years the famous Black Yeti mascot of the World Rookie Tour supports the best snowboarders of the world: Now it’s the freeskiers’ turn!

I. The Yeti invites freeskiers

If you dream is to become a professional freeskier, then your future starts from the World Rookie Tour!

The best freeskiiers of the finals will receive fantastic prizes from the sponsors. The Champions of the Tour will win an amazing prize bundle of a surf trip to Santander, invitations to the Rookie Trip in the Southern Hemisphere as well as the World Rookie Tour Shooting and last but not least they will be invited to join to the legendary Audi Nines event, which will be held in Solden, Obergurgl-Hochgurgl, Austria, from April the 22nd to April the 27th 2019.

III. From Rookie to Pro

The World Rookie Tour represents a unique opportunity to start the professional carrier in the action sports field. Many of today snowboard stars started their carrier at the WRT events, and now this opportunity is also given to young freeskiers: winning the World Rookie Finals is the only way for a talented youngster to get a spot in the legendary Audi Nines and receive other incredible prizes.

If you dream is to become a professional freeskier, then your future starts from the World Rookie Tour! 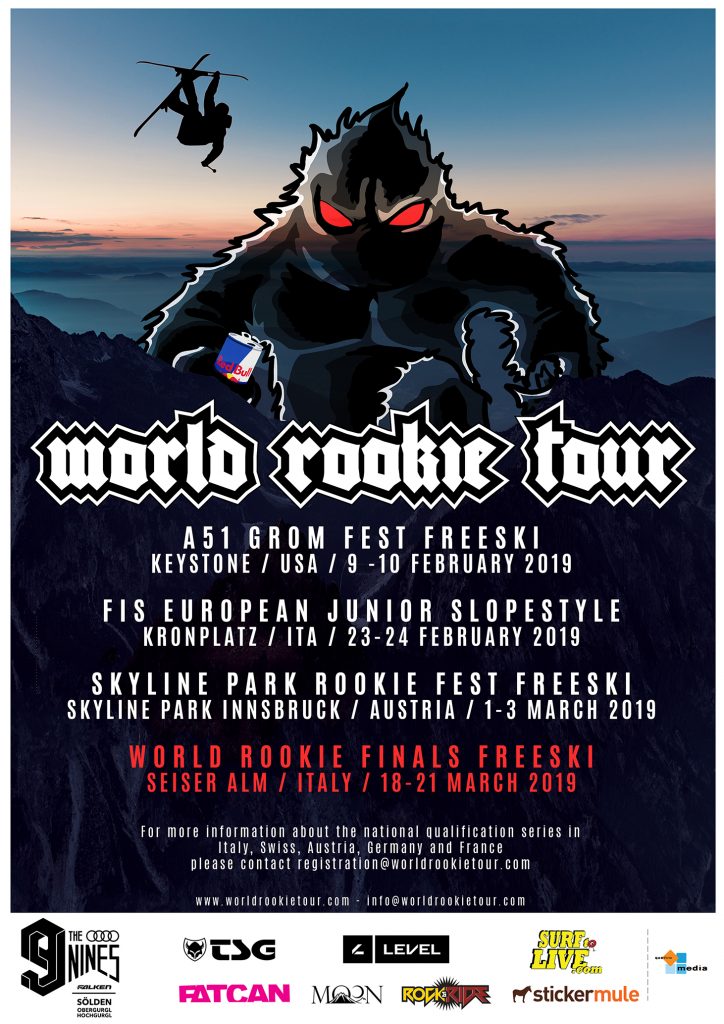 Other qualifications events and series in Europe, North and South America, Oceania and Asia to be announced. Make sure to check https://www.worldrookietour.com for any updates.

Read more about our collaboration with the WRT here