Major props to all of the TSG team riders for competing at the Olympics over the last several weeks. All athletes are back home now with a bagful of memories. Freeskier Elias Ambühl and snowboarder Michael Schärer share their memories with us.

In total we had 6  freeskiing and snowboard team riders who qualified for the games in Pyeonchang: A great mix of the pro team, national riders like Stefke Vandeweyer from Belgium and TSG ambassadors Patrizia Kummer and Dario Caviezel.

Iouri Podladtchikov, gold winner of the Olympics in Sochi, unfortunately couldn’t start due to his injuries at the XGames in Aspen 2 weeks before the start in South Korea.

Elias Ambühl and Michael Schärer made it to the finals. So we open the stage and hand over the micro to them, so that we can take a glimpse into their personal photo album.

I. Arrival in South Korea 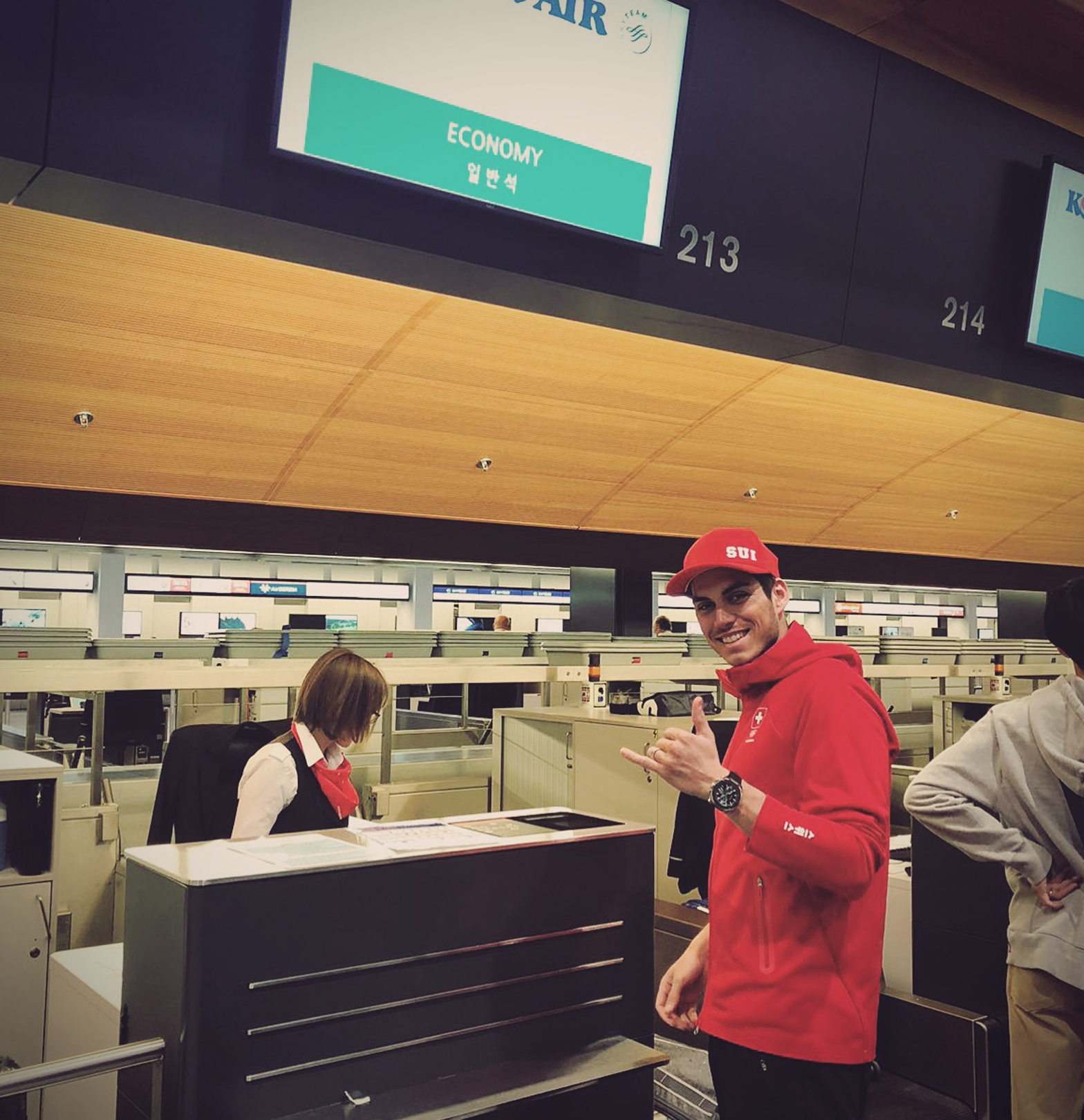 Elias says good by to his family at Zurich Airport and first task after his arrival in Pyeongchang: Take a photo with the rings

Michael Schärer first spends some time with his teammates in Seoul. In Pyeongchang it was time for him to check out the slopestyle course.

The time in Seoul was like a city trip with friends 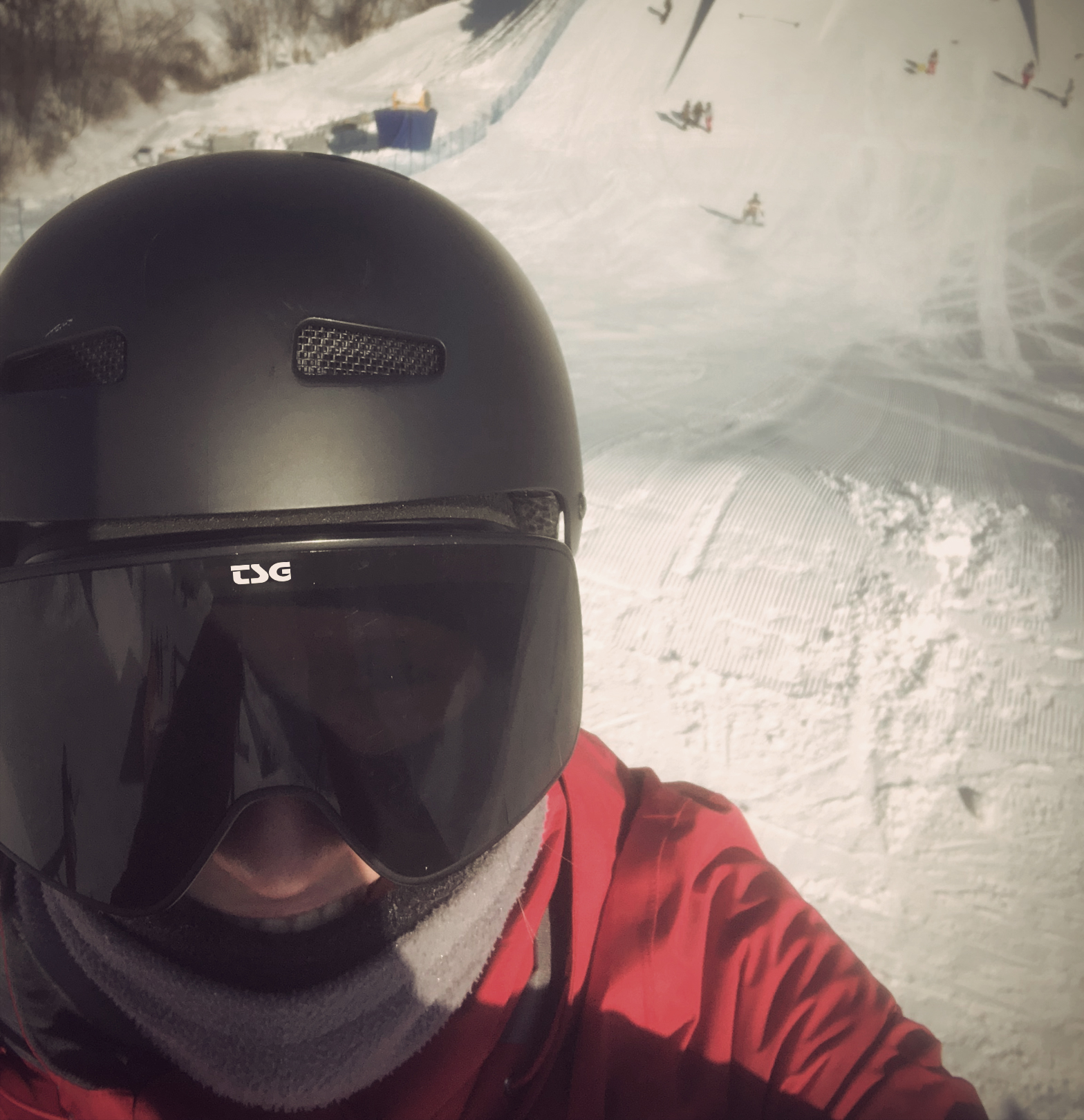 Selfie time and checking out the huge rails 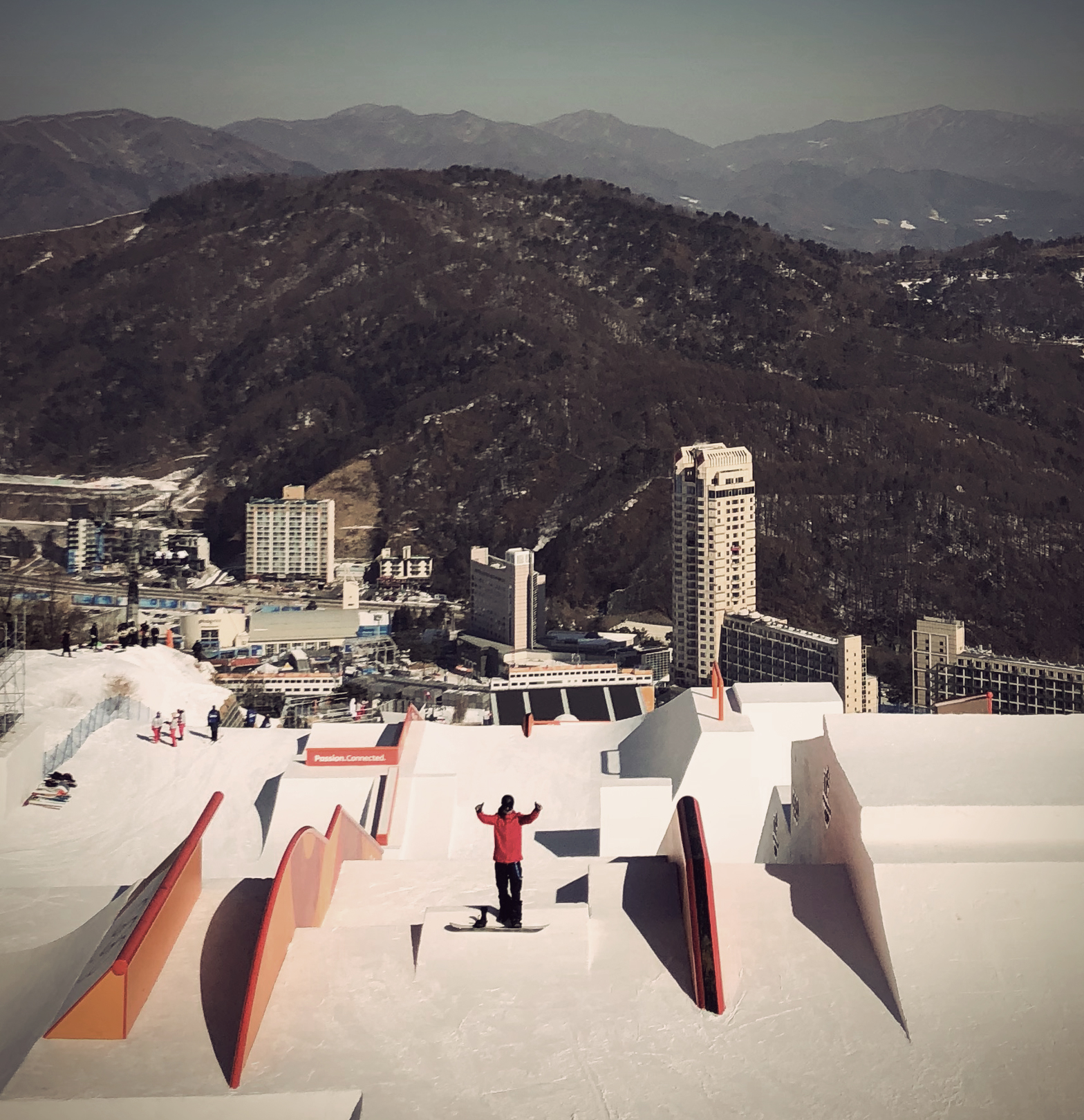 The slopestyle trainings went well and I felt ready for the contest. Then, unfortunately, in the last training run in the morning before the contest, I bailed on a kicker because of a gust of wind and bruised my butt and the wrist joint.

At first I was afraid that I couldn’t start

At first I was afraid that I couldn’t start, but with some physio and exercises that helped me stay warm, it worked more or less. Unfortunately, I’ve messed up both runs.

In the time between slopestyle and big air we turned to other things. I went to watch a hockey match of the Swiss national team, went snowboarding on the local mountain and tried some special local Korean food. 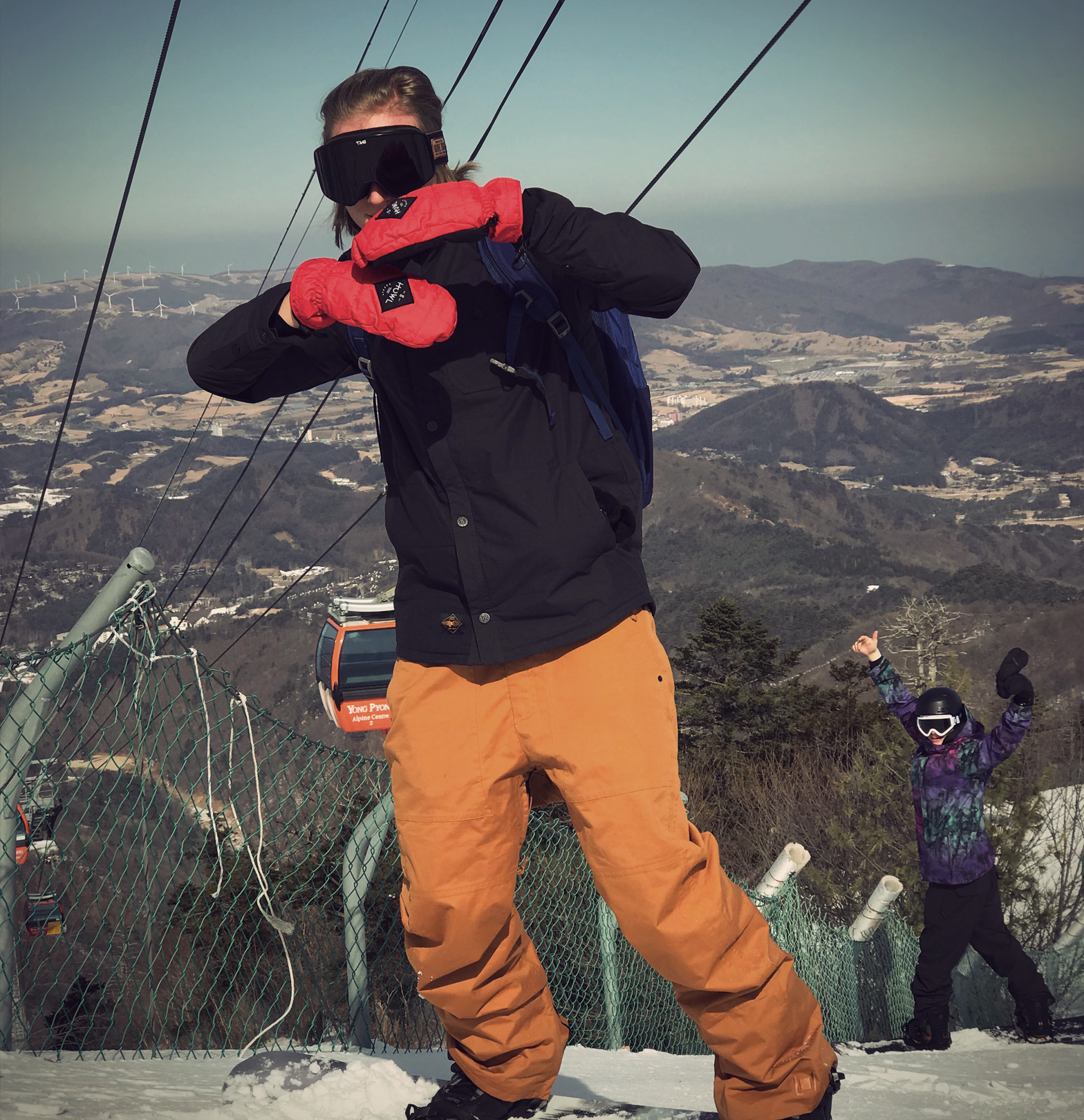 We explored the local mountain and some special korean meat (Hanwoo Beef). It was delicious! 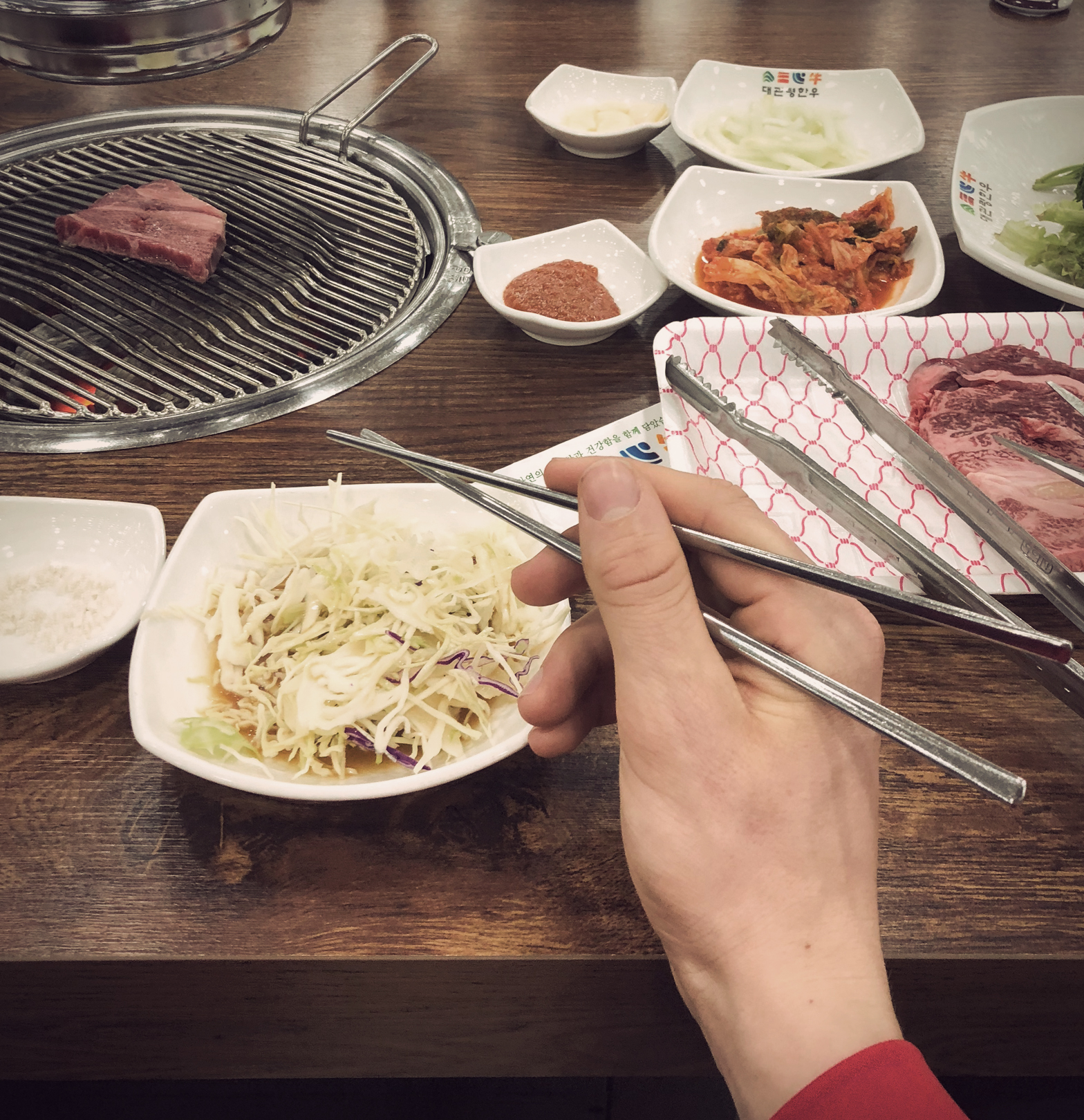 In the meantime Elias Ambühl got ready for freeski slopestyle competition. 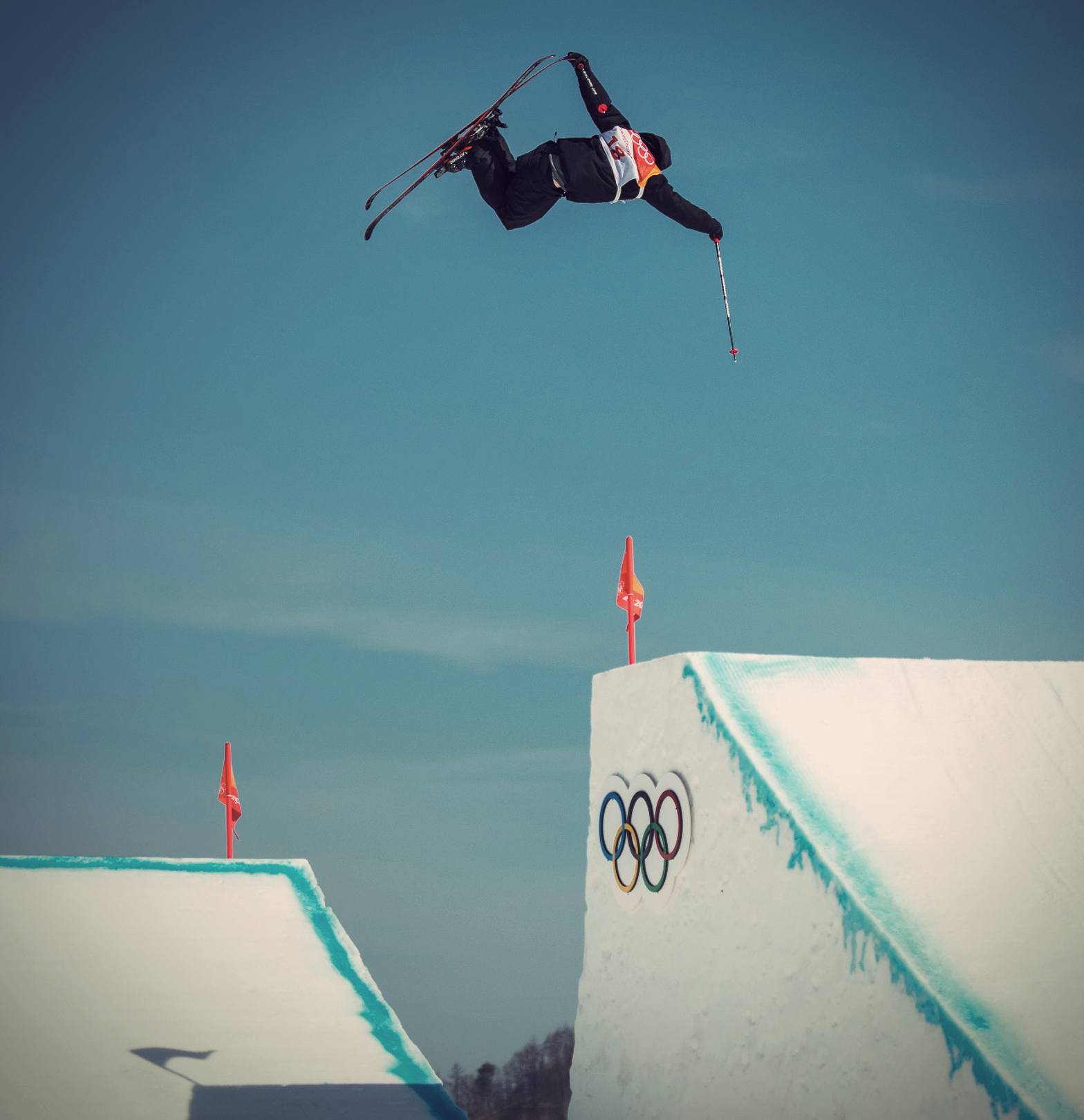 Fyling during training and 100% focused before the first qualification run 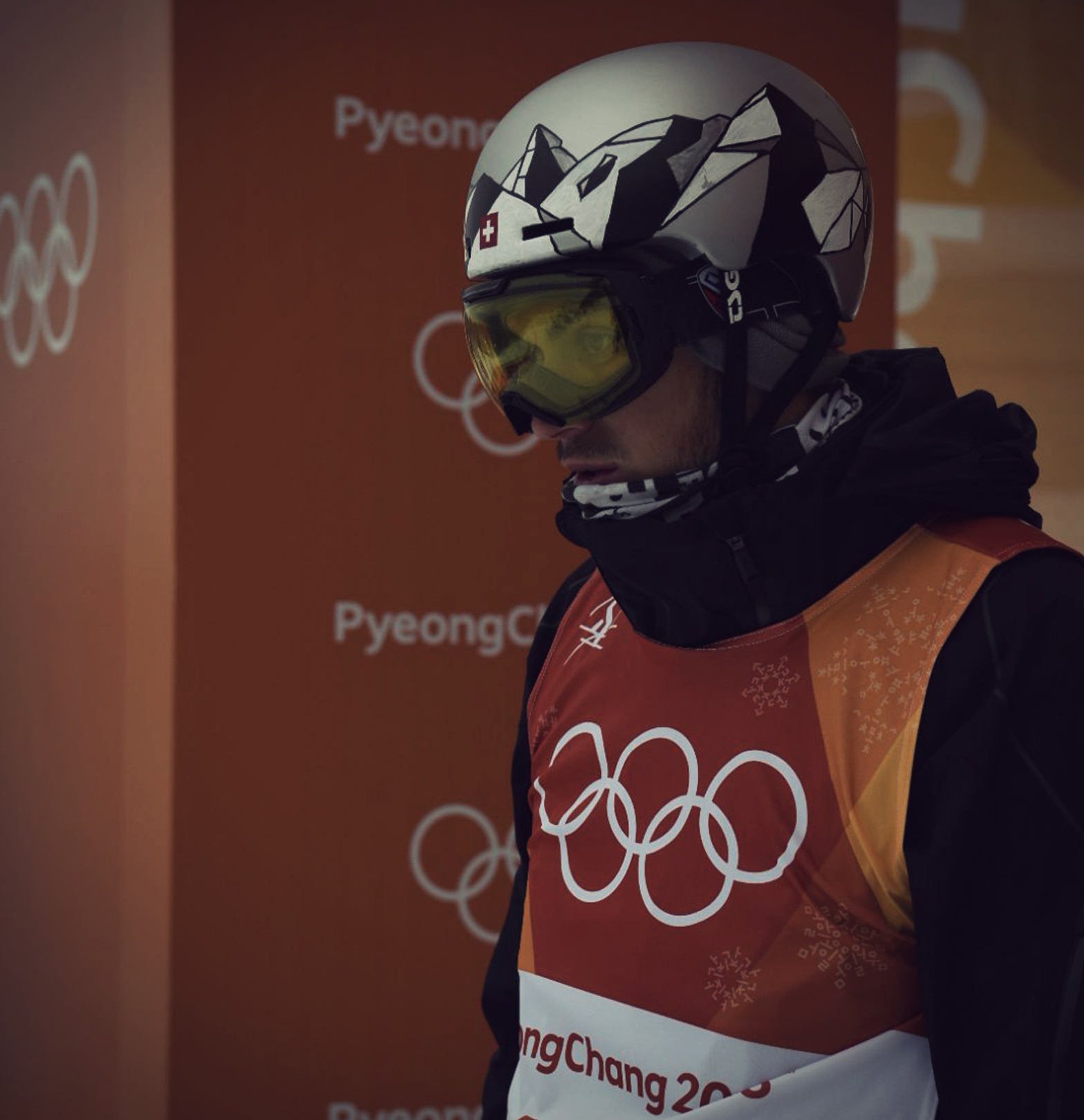 Elias qualified for the finals and ended up 9th in the ranking. Well done! 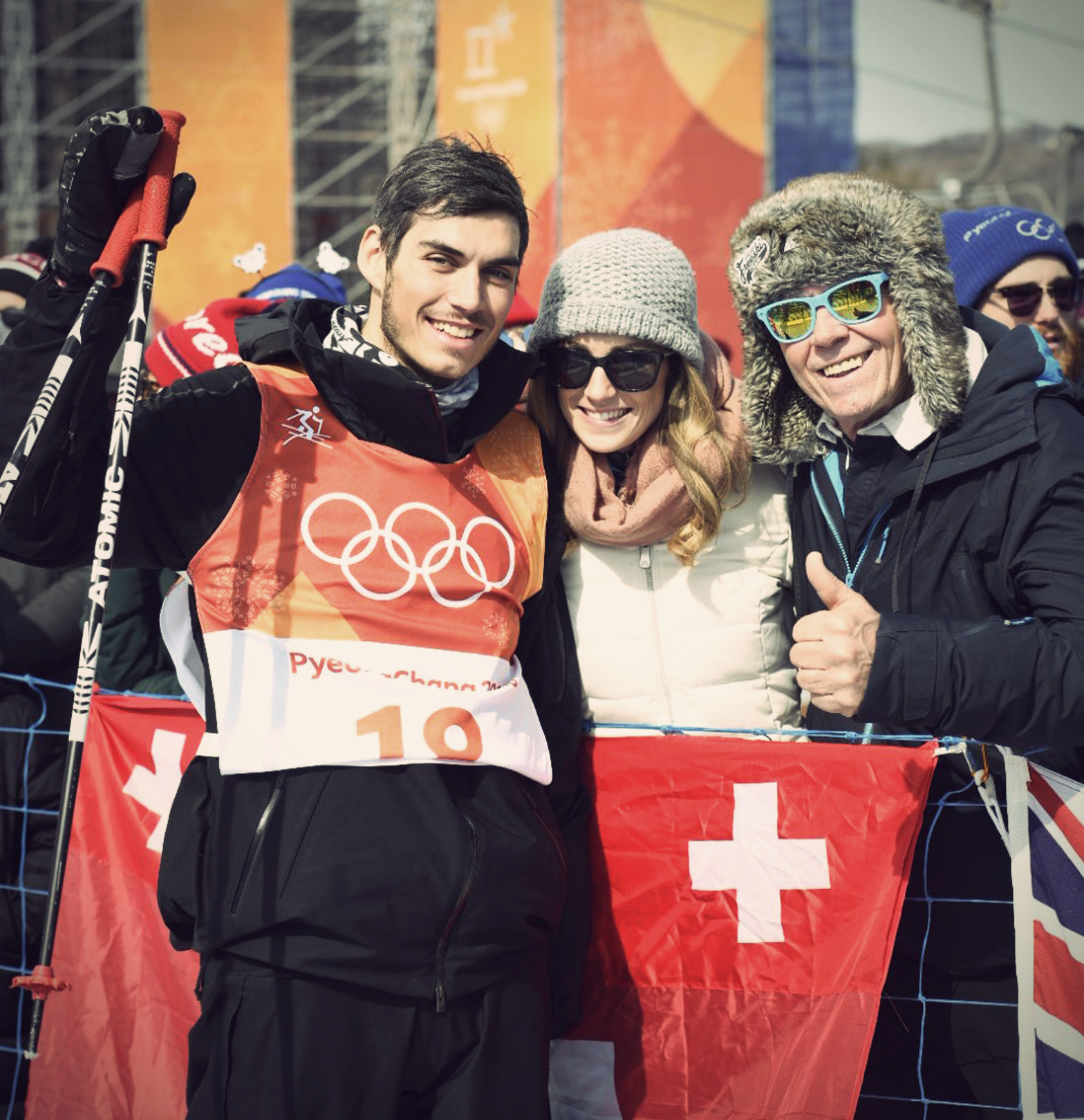 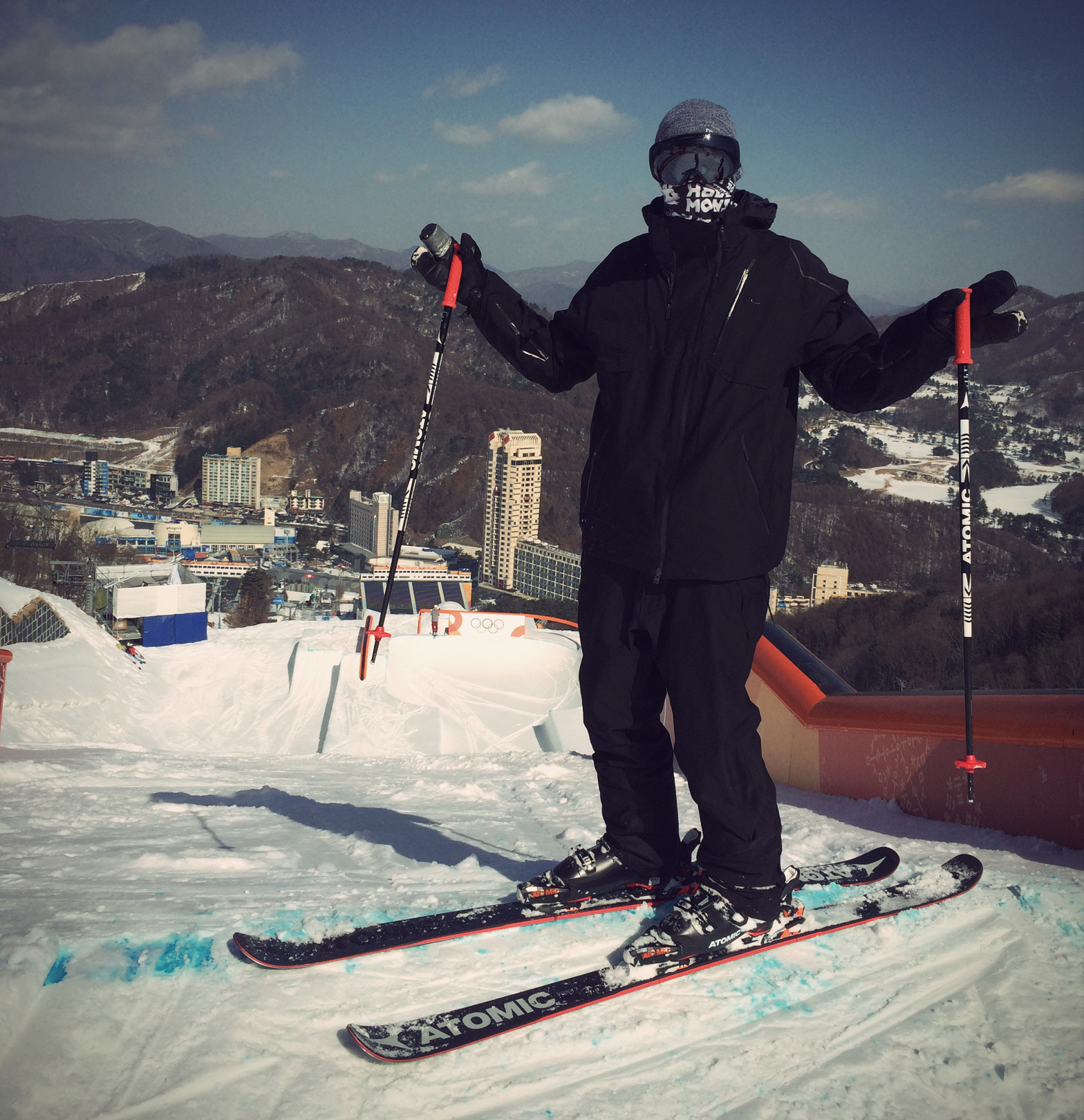 The training was anything but rosy, but on the day of the competition everything was all right. In the morning before qualification, I already sticked two triples and was able to prove my skills in the first contest run. Between quali and the finals we headed to the sea to clear our heads. 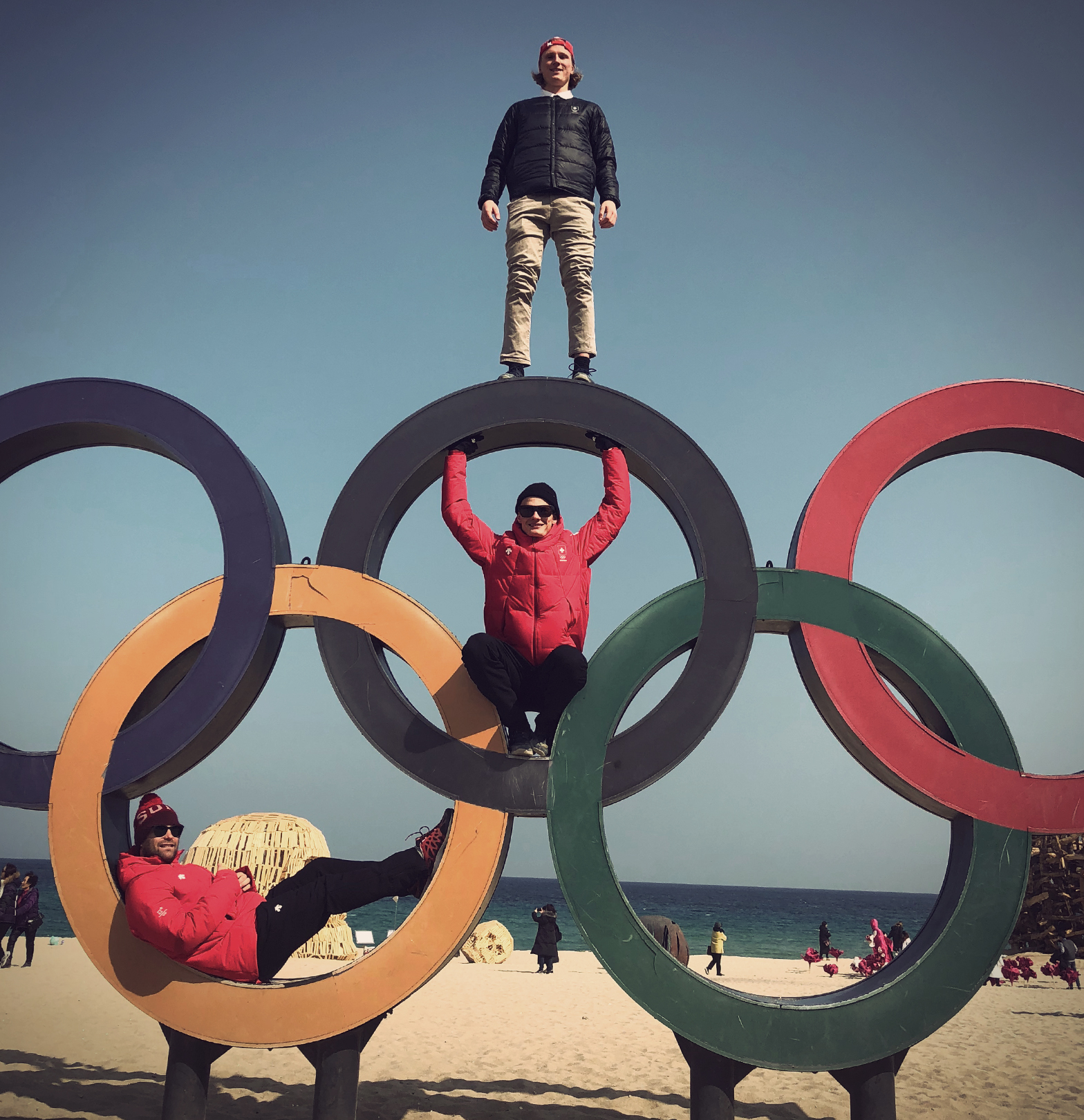 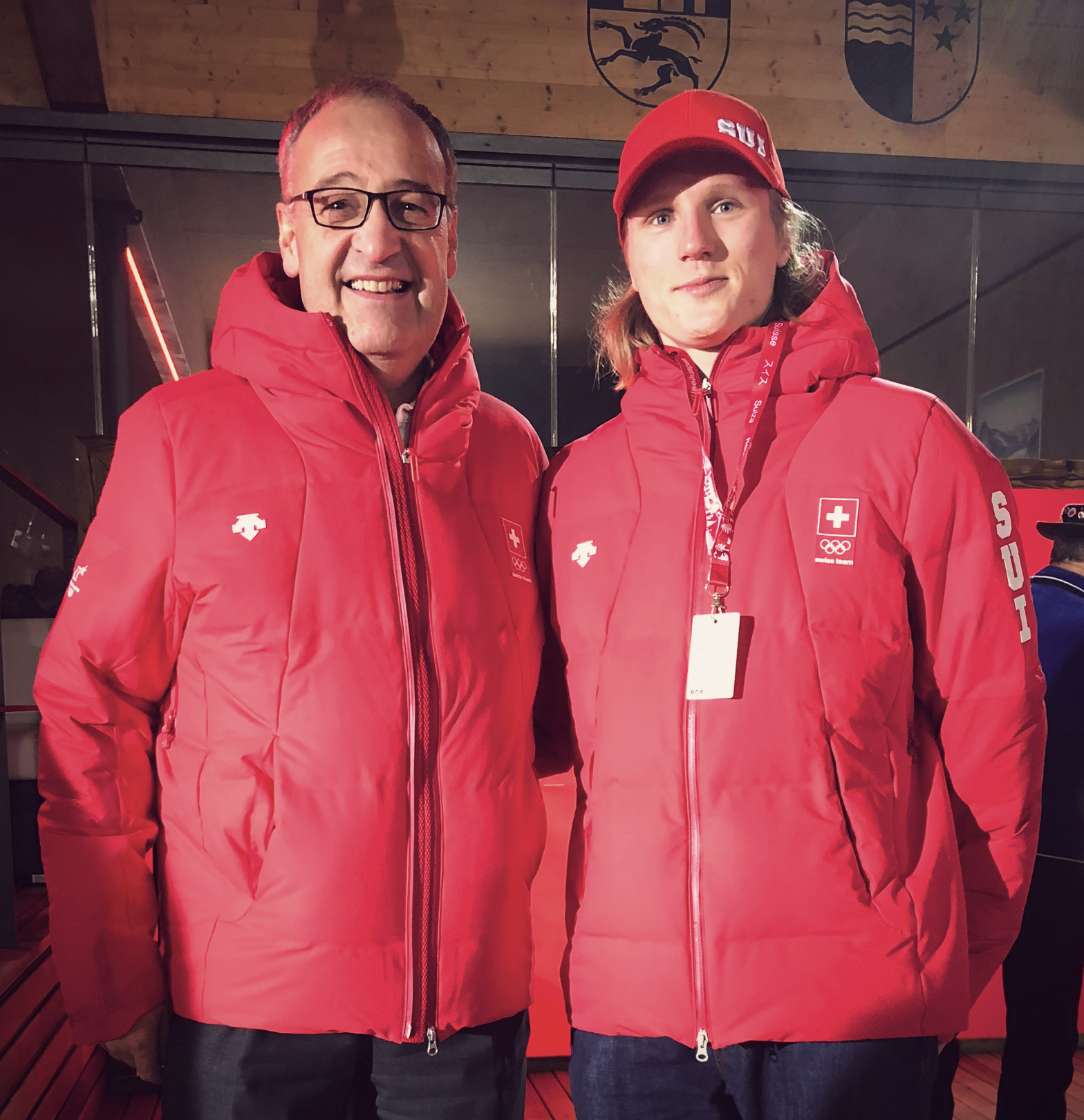 Olympic rings everywhere, even at the beach. I met the Swiss Federal Counsil at a party and sure went to say Hi

Training on the final day went well. When it was time for the first run, the weather changed and wind came up. I noted that the riders in front of me had too much speed, so I took out some speed. Then I jumped and realised that I hadn’t taken out enough speed. I’ve flown too far and completely overrotated my Cab 12 Tail. I fell on my operated shoulder and had quite a lot of pain and trouble lifting my arm. But I decided to keep competing. Right decision: I managed to stick 2 jumps and ended up with a happy 6th place! 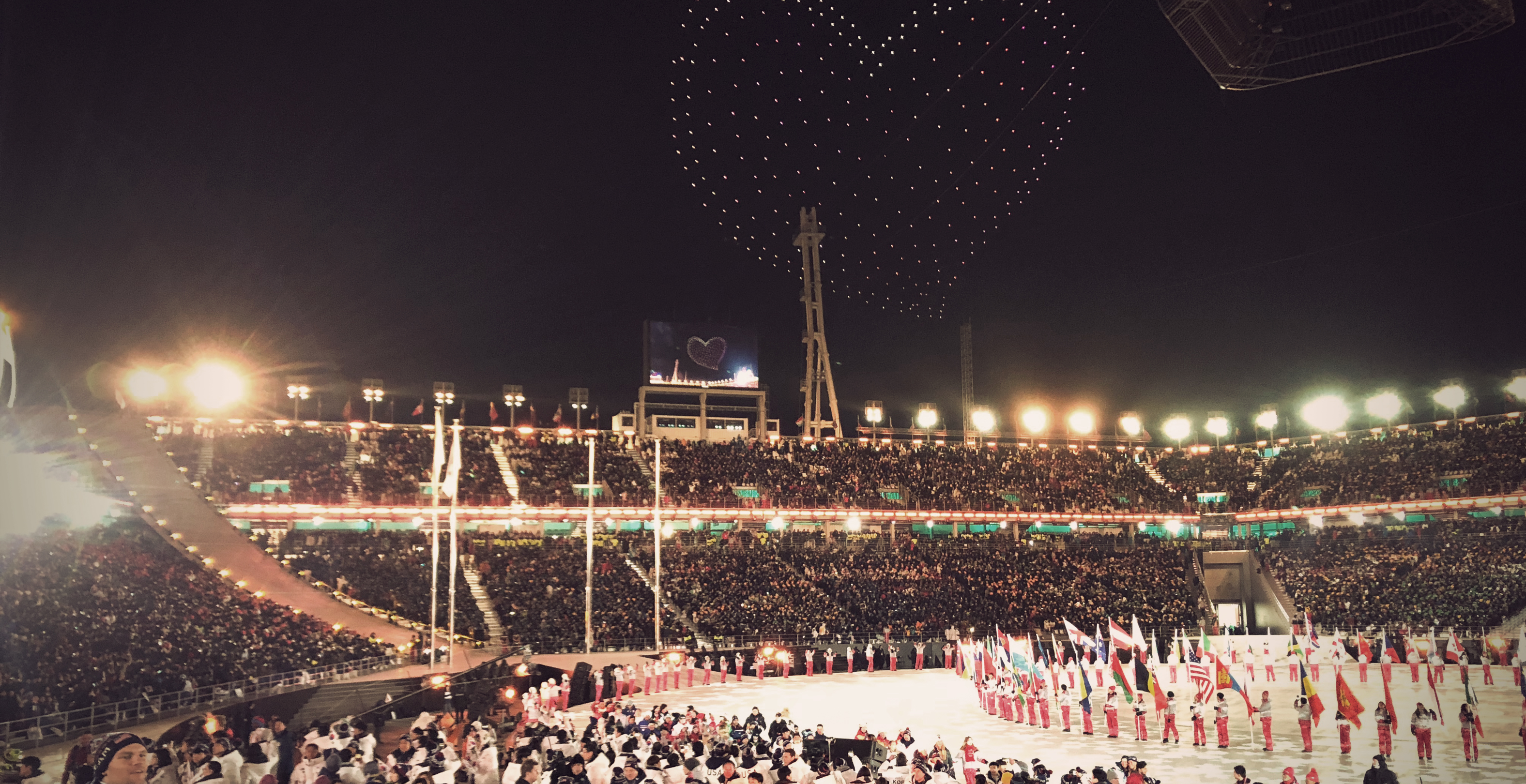 The closing party was also really cool, the walk-in with the crowd cheering to you, very cool!

Want to check out Michael’s and Elias’s favourite TSG gear?